Breaking away from traditional routes into music and sound design, Chiara Luzzana steadfastly follows her intuition towards the creation of new sound design as she produces brand stories for corporate entities like Swatch, Nivea, Alessi and Lavazza. Chiara recently chatted to us about the importance of knowing and trusting yourself with your creativity, and letting the irrational take over.

How did you first get involved with sound design?

I was just six when I started experimenting with sound. My parents divorced at that time and I filled the silence and loneliness with the sounds of every inanimate object around me. The noise was transformed into a harmony that helped me overcome great moments of fear and suffering. As I grew, I dedicated myself to studying classical music: piano, guitar and my beloved clarinet, but I found the traditional route too tight around me.

What professional opportunity as a sound designer most impacted your development?

I studied as an audio engineer specializing in musical cognition at Berklee College of Music. Like many sound designers, my first work experiences were in cinema and advertising.

The moment that changed everything for me though was in 2013. I applied for, and won, a much sought-after artistic residency in Shanghai, moving there from Milan.

During that time that I started to create the first sound project for the Swatch brand. I sampled over 2400 raw sounds from different watches, using my Zoom H6. The soundtrack I composed has become the official music of Swatch stores around the world, and also of the Venice Biennale, one of the most prestigious cultural institutions in the world.

It’s a concept I’ve progressed. In an experimental audio installation for Nivea, I created a soundtrack from the sampled sound of skin, subjected to different stimulations, such as cold, heat, water. Using specially created, tiny and sensitive microphones for my other Zoom F6 field recorder, I composed the real time soundtrack of each visitor, starting from their skin, as they journeyed through the sensation rooms.

What’s your workflow for transforming the sounds you record into musical ideas?

I have two approaches to my composition process: one more irrational and one more conscious.

When I am in the studio, I listen to all the samples again, to rediscover the emotion of the moment. I isolate frequencies that I consider important and characteristic, and I start the composition.

At other times I find myself looking for a certain sound and therefore already know that in the composition, I will have to find a sound component that can be transformed into a piano, or a violin, or a bass line or a drum. Everything starts from the noise and the infinite possibilities it can give me. This compositional method I’ve created, „The Purity of Noise“, where noise becomes a musical instrument and helps me to compose an entire soundtrack, is the method I teach in academies both in Italy and around the world.

I love minimalism and squeeze the full potential from just a few useful tools such as with my Zoom F6.

The audio interfaces I use are from Universal Audio. My main keyboard is a Studio Logic 88 MIDI controller with weighted keys, and a number of external audio effects, including my favorites, Hologram MicroCosm and EMP Reverb. As a Digital Workstation (DAW) I’ve always used Abelton. It’s easy to use and offers unprecedented intuitiveness.

What happens between the initial idea for a project and the finished product?

At the very beginning of every project the client and I work together through a series of meetings, to identify the sound strategy.

The sound project for Nivea illustrates this well. The Client repeatedly told me this soundtrack must remember the brand colors. Consequently, I created a series of samples harmonized on a frequency that would remind the listener of the iconic blue color of Nivea.

I’m more of a "Sound Teller“ because I tell stories using just pure sound, independent of images or video. I create a soundtrack composed with pure sound, which must live a life of its own without the ease of a video to ‘settle’ upon." 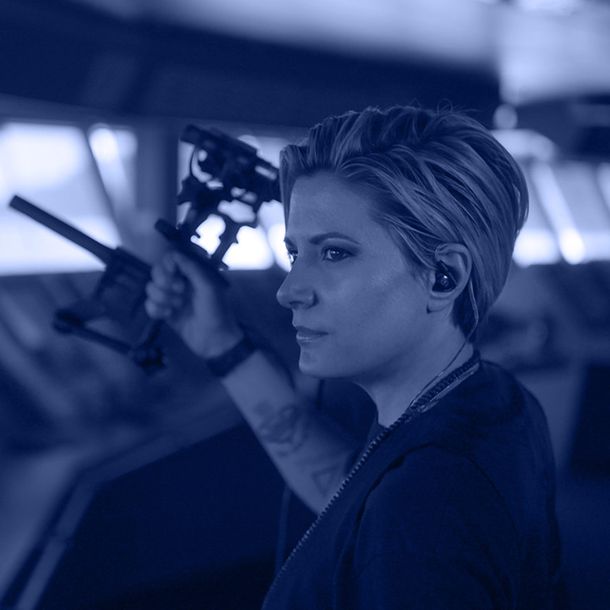 Where do you see the music and sound design industries going in the near future?

The new frontier of innovation will be the sound itself. Sound activates long-term memory, and this is at last understood by agencies, companies and brands all over the world. Music is not just hits on the radio. Sound has a deeper meaning. When you turn on the coffee machine in the morning, that‘s sound design.

What Zoom products do you use?

I basically make all my compositions and projects with my Zoom F6. I find it very powerful for its small size. Thanks to its incredible technology (32-bit float recording and dual A/D converters), I have the luxury of recording regardless of input gains for each microphone. Even when something goes wrong such as the source signal being too loud or unexpectedly quiet, I can always recover the recordings.

I usually use all inputs, using six microphones at the same time, which allows me different sound scenarios from a single take. I also have the Zoom H5, a small companion that always comes with me as a back-up recorder or for instant takes. Recently Zoom sent me the latest Zoom H3-VR, which allows me to capture audio ready for 3D and Spatial Audio projects (Ambisonic recordings). It is truly fun to use and exceptional because depending on the positioning, inclined, horizontal or vertical, it is possible to set the different spatiality of the sound.

And lastly, how does Zoom help you achieve your goals?

From my first digital recorder, Zoom has been in my professional life. I come from magnetic tape which I cut and glued to sample into unique sounds. Of course, with Zoom all of this was easier.

I’ve taken my Zoom F6 all over the world, through the torrential rains of coffee plantations in Brazil and up to the snow-capped peaks of the Dolomites in Italy. I‘ve never had a single problem, and the possibility of having such powerful preamps that enrich my samples takes everything to a higher level. 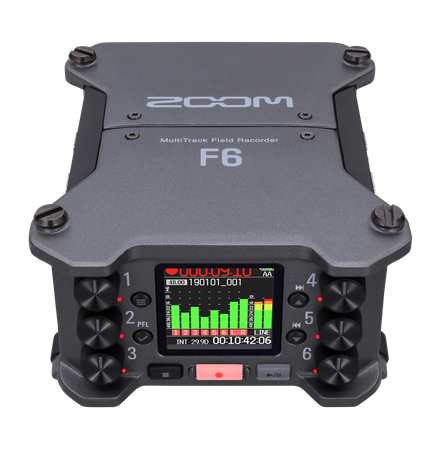 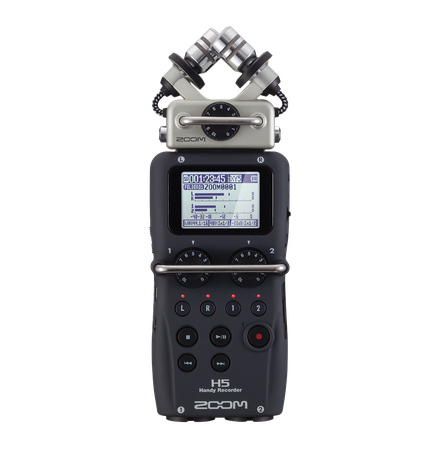